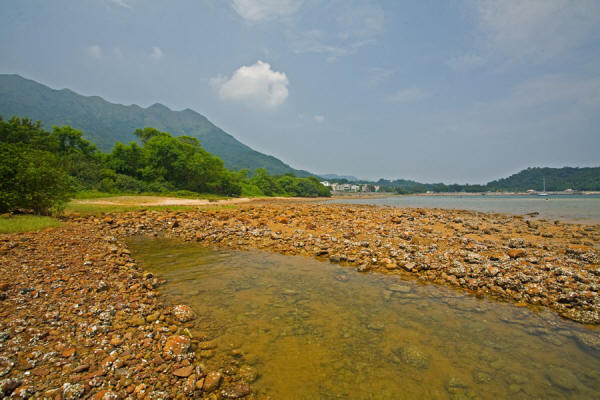 The controversial plan to build an artificial beach at Lung Mei, near Tai Po, will push through despite opposition from environmental groups.

Environmentalists-turned-politicians Wong Kam-sing and Christine Loh Kung-wai have disappointed green groups over their handling of the Lung Mei Beach project.

On the other hand, government officials said yesterday the ecological value of Lung Mei is relatively low when compared to areas in Plover Cove, Tolo Harbour and Tolo Channel, where they have proposed to re-enforce a long-term conservation plan.

Wong, the newly appointed environment minister, and Loh, his deputy, appear to have lost the battle to save the ecologically sensitive coastline in Tai Po, which will soon be developed into an artificial beach.

Its beach line will be from 50m to 125m, with the deepest part of the water area about 1.3m. Supporting facilities, including a car park, will be built.

The undersecretary for environment, Christine Loh Kung-wai, said the project is going ahead because of public demand.

“I believe stakeholders, including conservationists, can be persuaded to accept our conservation plan,” Loh said.

Conservationists, however, are disappointed with the government decision and said they will continue to oppose the plan.