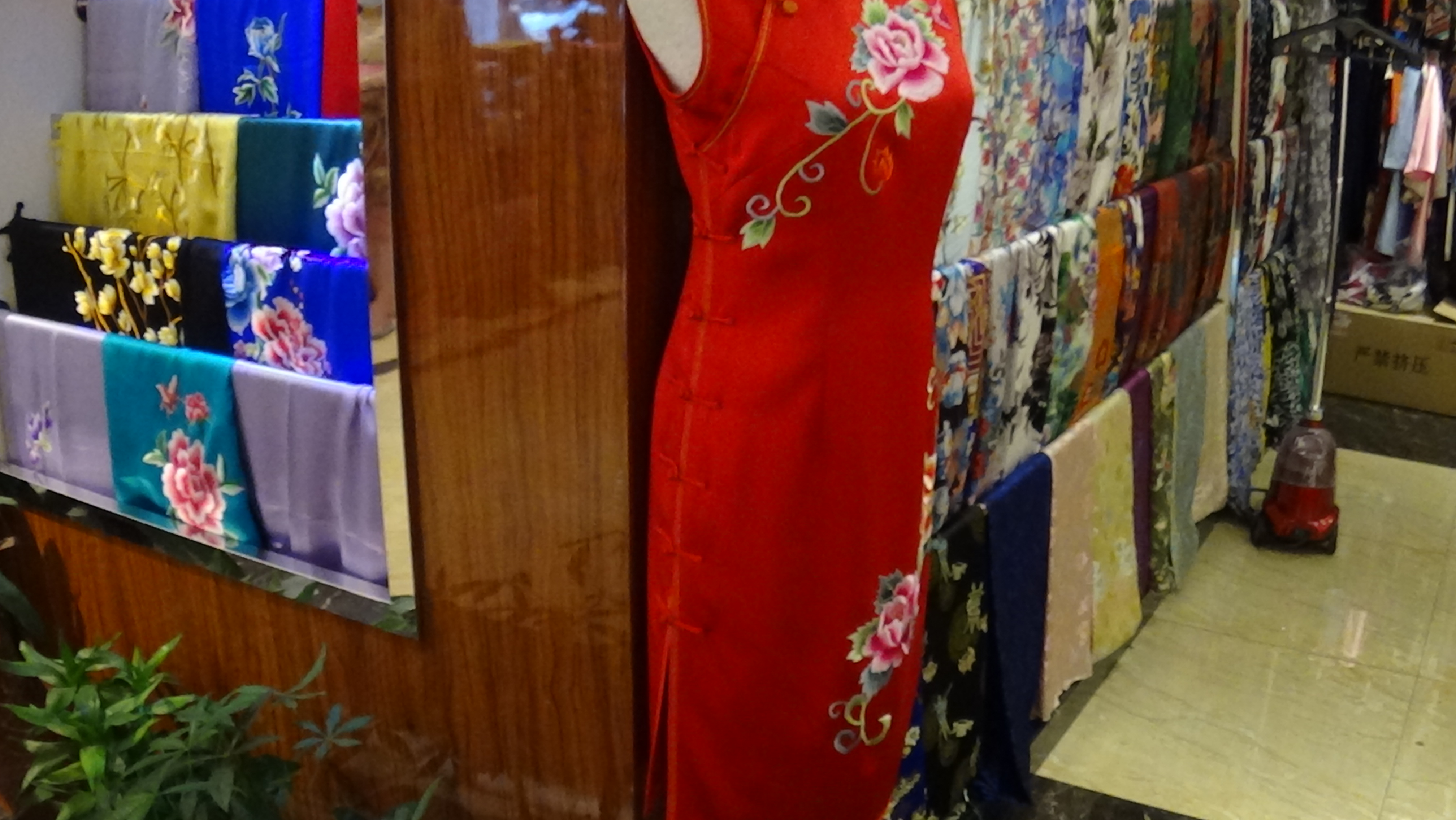 Fashion that never goes out of style

Something beautifully whimsical began over three-centuries before, by the beginning of the Qing Dynasty.  It was for the upper class or social elite women.  During this dynastic time; it was worn in a loose fitting, from the neck covering all the way down to the tips of the toes in pure-unadulterated silk.

This dress continues to conquer till this day traditional fashions experts across the world.  Developed in Shanghai during the 1920s to what it is today in its body hugging form.  In China it’s known as the ‘qipao’.  In the English-spoken language, it’s known as the cheongsam.  It’s a dress to accentuate and hug in perfection a woman’s body.

The colors are just striking.  From those in soft-white to the intense reds which galvanize the color palate.  The cheongsam can go on smoothly in prints like those from a dreamy-Chinese painting.

It’s handsome for men in suits and even lovelier for the female silhouettes in long or a short dress just above the knee.

Now, be aware, the cheongsam does change according to the part of China a person lives in.  From the soft-blue dresses which cover a woman’s contour in preparation for winter, to the long versions with sexy slits up the leg and the short versions to compliment a female’s anatomy.

The traditional dress never goes out of style.  It’s something of the past; however, it continues to influence dramatically into the present and future.

The unpractical part of the cheongsam can be seen if it’s too tight or hard to walk.  But who cares, women for the most part will sacrifice comfort over beauty.

With the rows of gorgeous dresses in blue, red and white; the traditional dress doesn’t only hold to the standards of culture.  Something about the dress makes those who wear it just simply desired!

The cheongsam is like the colors of a bright-crisp rainbow.  They go perfectly with the skin.  In a peek-a-boo style, often the body and fabric become one in the height of elegance.

Whether entering a fashion shop on the east coast or extreme western side of China, it’s great to see how this traditional dress easily flows along the silk gowns when visiting the aisles of a store.

One thing of importance is to mention where to purchase these cheongsams.  In China it’s in Suzhou, Jiangsu or in the city of Shanghai.

For this past G-20, many of the international leaders’ wives had been tailored to have their traditional dresses fitted and made in China.  It can’t get any more original than that!

People see this foreigner entering these stores: whether it’s in Beijing, Shanghai, Hangzhou, Hong Kong or Nanjing.  They laugh and cover shyly their mouths.

Wondering why I’m asking so many questions and what’s my fetish with the cheongsam?  Well, as an American it was my first impression when I was young, watching an old fashion-Chinese movie.  You know, those scenes when I saw the beautiful-oriental woman in the mysterious-romantic traditional dress.

Long live this fashion.  One which isn’t going away anytime soon!