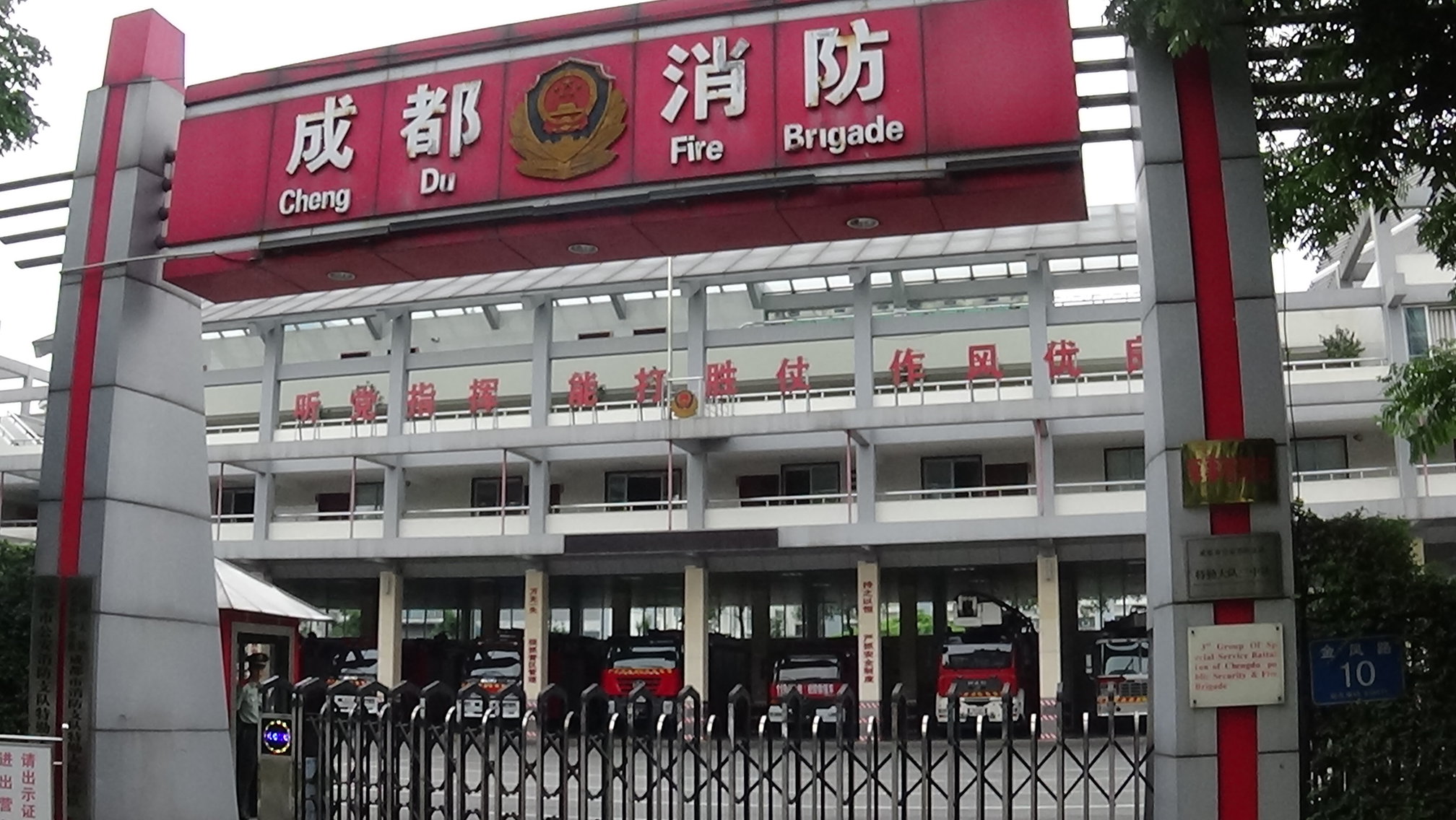 Fire is an element that most human beings run from during emergencies.  Firefighters ‘crazily’ and with my admiration run towards it, risking life and limb to save those inside a burning building, and quench the internal and external flames of a structure.

Fire is one of the most fearful elements on earth.  Awesome in its power.  Great when under control for cooking and to keep people warm.

However, when a fire becomes out of control: it can bring fear, chaos, destruction, mutilation and even death!

This distinctive group of men and women are an elite minority whom risk their lives by going into the fire.  These types are the firemen and paramedics whom go into blazing buildings about to collapse.

Yes, especially those fire traps in old Beijing and Shanghai neighborhoods.  And not only in these two major cities, but across China.

The fire department personnel take their lives into their own hands every time they rappel from high buildings, climb skyscrapers via ladder and furthermore, they do it carrying double their weight in equipment.  Yep, it’s not a job for the weak or the faint of heart!

Little appreciation and pay are shown for these people who sacrifice so much!

Their training is hard, constant and intense.  I have to say, every time I see them dressed in khaki or yellow, my heart goes out to them!  They are what we ought to call heroes.

Other than the challenges they have to face in losing a life, the fire department professional can suffer smoke inhalation through their careers.  And subsequently, health issues force them into retirement.  Later, as they age, some will die from chronic-related illnesses like emphysema.

The fire department not only rescues people from fires.  Their jobs goes even further: they save the lives of those stuck in elevators, they stop others in emotional distress from committing suicide and they come for a person or animal (usually cats) stuck up a tree.

They not only do rescues, but also investigate criminal acts of arson and pyromania.

What an honorable profession, whether it’s done in China or abroad.  One which honestly ought to get more exposure on their type of job, what they go through, experiences and years of sacrifice.

During emergencies: it’s a stressful, highly active and adrenaline-intense job.  Because they can die at any moment.  That’s why firefighters age so fast!

For any fire emergency or rescue in China, please dial 119.  And next time you see them doing something good, just give them a simple, “Thank you for your service!”

All I can say about them is simply, brave!