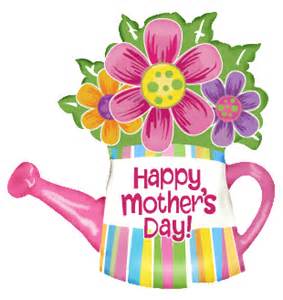 “All that I am, or hope to be, I owe to my angel mother.” – Abraham Lincoln

This union starts when a woman carries her baby for nine months.  A man can never imagine what is to do that for 270 days!  And after birth that unity will continue for the rest of their lives.

In my career, I’ve sat to talk to mothers about their children.  One thing which never ceases to amaze me is the love all these women emanate and feel for their sons and daughters.  They worry and cry endless hours about their future.  Concern themselves about what will happen, even when they can’t control it!  And to have a child, it’s sleepless nights for the rest of their lives.  Whether a woman does it for pain or pleasure, from the moment of conception, most become aware that they have been given a gift of life.  And usually, women will refer to their children as the love of their lives.

One story touched me, when a mother was worried about her three-year old daughter’s tantrums.  You know [for all of you who have children], those terrible twos and three-year periods, when a child’s temper begins to flare.

The mother began to cry, as she stated worriedly about her future, “I’m scared that she’ll never get over this!”

I had to smile and said, “Oh mom, it’s just a period in her life!  She’ll get over it quickly.  Don’t worry, this will pass.”

But even as I told her my story and that all children go through this, she felt at ease only for a moment and still left with a worried look on her face.  Never letting her guard down.  Her mother instincts were in full effect!

That’s motherhood for you!  The constant days of love and fear; and at this moment with the young mother, I was truly moved.  Because it was here when this young woman was putting her child’s needs first before her own.

Women toil in worry for their children, and there’s a spiritual connection between mother and child which can only can be called a sixth sense.

That’s the reason why we celebrate Mother’s Day.  A day which has been celebrated for thousands of years around the world.  But it was officially established in the United States in 1908 by Anna Jarvis, in honor of her dearest mother.  Making her the official founder and stating that mother’s day ought to be celebrated the Second Week of May.

My feelings, mother’s day should be celebrated in one form or another every day. Because what I’ve seen in mothers around the world is the closest thing to love made perfect!

Happy mother’s day to all the women whom do it everyday for amour and not recognition.  In truth, what women put themselves through for a child is something beyond comparison.  Only compared to the extraordinary!