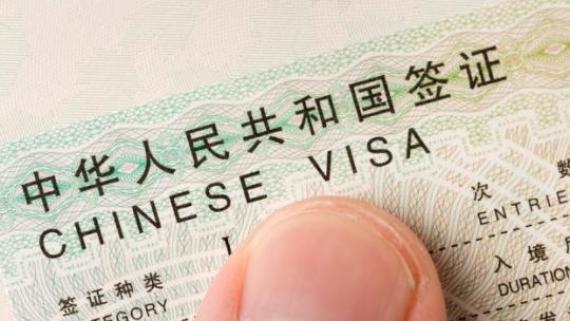 A good majority of foreigners will tell you the hellish experiences we’re placed under when getting our visa done for the first time.  It’s nightmarish, with a certain lack of sensitivity, professionalism and downright rudeness.  In many cases the foreigners are often left wondering, why are we treated this way, when we are paying [in the majority of cases] for the service?

The majority of the foreigners who work in China know these frustrations.

Therefore, to remain objective and not criticize, I took from the experiences of a Serbian national who came to China and had to get his ‘Z’ visa done.

Sadly, most Chinese bosses either don’t care or don’t understand the headaches of getting the visa process completed.  Many leaders lack the common sense and lack of knowledge on the Chinese laws.

Take the story of Alex, this young Serbian was sent to Hong Kong during Tomb Sweeping Day.  Just getting to the Consulate and dealing with the inner city mentality of the place can be frustrating.

The majority of employers expect you to get the Visa done in less than 72 hours and get back to work after three-horrible days.  You got to be kidding, right?

In the case of Alex nobody bothered to count in the delay factors.

Alex’s visa was [further] delayed because of Qingming.  His employers even got angry with him back in China.  Not understanding that in China, Hong Kong or Macao, government services do close during the national holidays.

But Hong Kong can be expensive and for most, you’re literally left stranded, stuck in the middle and almost begging for a place to stay!  The foreigners are either calling family for emergency funds or the employer who sent you there in the first place has left you all alone to fend for yourself!

Then, the rumors started spreading around about Alex’s delay, people in the office where he works were saying, “Oh, he’s in Hong Kong shopping!”

Oh please, Hong Kong isn’t fun at all when you have to travel there to get an ‘express’ visa.

When you are there, not only Alex, but any foreigner will tell you…  You’re nearly crying, sweat drenched and in a pack of nerves–feeling that those three days are one of horror.  One which you’re constantly ‘high’ on stress and nerves, with a lack of understanding on what’s happening!

The only good part about the visa is the departure from mainland China into Hong Kong.  That’s the only smooth part of the trip!  After, it becomes a whirlwind of emotions.

All I’m asking from personnel and employers to have a little understanding of what foreigners go through when getting a visa.  It isn’t fun at all, that’s for sure!