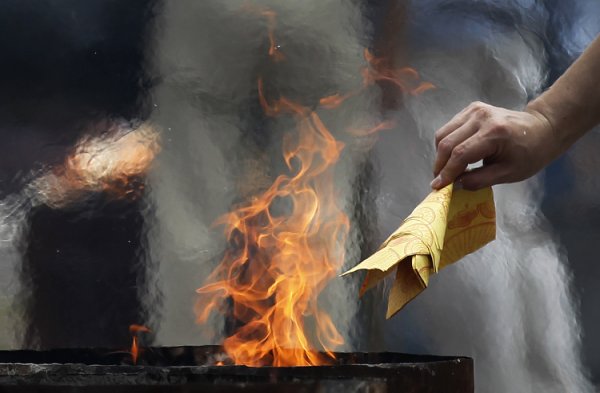 How lucky some of us are, blessed to think about those we love and the ones we have lost.

Thoughts come to life about passed away family members.  But they’re not those of the morbid kind.  It’s to think of a person with fondness and happy memories.  I least I like to think about the ones I love in that manner.  Not to dwell on the heartache, but the time shared.

Because if you look at our respective Anglo-Saxon and Anglo-American cultures, we makes jokes about everything.  We even joke about death, which in China is a no, no!

Comedy-dramas like “Life in Pieces”, in the first episode of season one already a man was celebrating his 70th birthday by making jokes about his death!

You might think of us as insensitive, right?  It’s not uncommon.  Here’s when Chinese get shocked at American and British behavior.

Another example, when my father passed away 23 years ago, after the funeral reception my family and I threw a party!  Some might say, OMG!  These people are freaks!

And it’s not that I didn’t love my father.  There were plenty of tears and sadness to go around.  The party was to celebrate his life.

My father, this great man was a lover of dance, music, good food and wine!  A man who survived tremendous childhood poverty.  A veteran who had served in a foreign war.  He was successful in life, funny, incredible with his family until he became violently ill.

We didn’t want to reminisce only on the tragedy of sadness.  We have an entire life of suffering!  We must count our blessings during the cherished moments.

Then I came to China, country in which suffering, broken hearts and death are literally like an eternal ‘open wound’; especially when people speak about their ancestors.  It’s this way even when decades have passed!

When I first came to this country, it’d honestly irritate the hell out of me!

And it was then I learned a valuable lesson from a student of mine.  As one day I’m teaching her and she begins to cry!

After 20 minutes of haggling, initially telling me it was a “secret” and ‘negotiations’, she finally said it!  She had lost her father.

I asked her, “When did he die?” thinking it was yesterday.

She said, “Ten years ago,” and began sobbing as if it happened the day prior!

I expressed irritated, “What?” Then I had to tell myself, ‘Daniel, calm down! Different cultures feel and express their love in different ways.’ Taking a deep breath, I just said, “Don’t be sad!  Remember the good and not the bad.  That’s the best way of keeping a person’s memory alive.”

After this experience, I learned more about Tomb Sweeping Day (Qingming) and the solemnity involved.  It was a great lesson for me to understand another person’s pain and suffering.  Because in the end, ‘life is too short’!