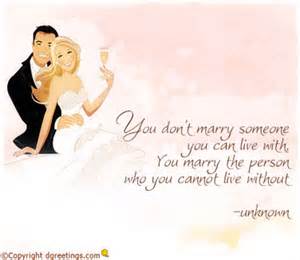 Why will a man want to marry you?

Women out there, here it is, on why a man will want to marry you!

Men will usually be attracted to you based on something they can acquire.  This can be in the form of sex, money or the need to feel companionship.  But honestly speaking, this will only take you so far in a relationship.  Because more and more people are moving away from the economic reasons to stay with somebody or from the physical part to something which is transparent in a relationship.

I’m not saying ladies that relationships aren’t based on initial chemistry or attraction. But it doesn’t matter what you do for a man, if he wants to leave you, he’ll certainly leave–even if you’re the richest and most beautiful woman on earth.

Therefore, who will marry you?

It doesn’t matter how much lingerie or sexiness you bring to a relationship, in reality that’s only part of it.  For the majority of cases, men will stay with you for several reasons and these are beyond the physical aspects…

One, you fill his emotional needs.  This is the biggest one for me…  He feels around you that he can be himself, no matter what, you’ll still accept him for his flaws.  Even when ‘he farts or forgets to put the toilet seat down!’

Two, you make him stable.  The second greatest one for me!  Being with you, he doesn’t need to ‘paint the town’ or be with other women.  He feels better being around you, in other words he feels more confident because of you.

Three, you make him into the man he always wanted to become.  Yep, I have to say, this one is true.  My mate has done this for me.  A man feels complete when you talk to him.  When he’s asking for your opinion, he’s actually asking for your advice…

And for this reason, comes the fourth…  A man will want to be with you when you’re a confident-strong woman.  I don’t mean overbearing, but one who can make him great without the nagging.  In other words, a woman must lead by example.  I least I love a confident strong-sexy woman!

That’s why I come to number five, supportive.  In any relationship, a man will love you to listen to him and be supportive in his endeavors.  If they’re realistic and positive, why not be supportive?

Why will a man not want to be with you?

Men easily tire of drama queens, women who always victimize themselves and need to be rescued.  Remember ladies, you aren’t a puppy.  So, get a grip!

Women whom are petty is another deal breaker for me.  In other words, anything they say to you, you take it too personal; will hold a grudge and want to get even. These actions are of a low and ignorant human being, rise above this.

In the end, a man wants to be around a woman who can make him better, complete.  This is how I feel around my spouse.

It was Paul Newman who said it perfectly about being loyal to his wife, “Why would I want to eat a hamburger outside, when I have a steak at home!”

Ladies, it’s your quality and not your quantity, at the end of the day.