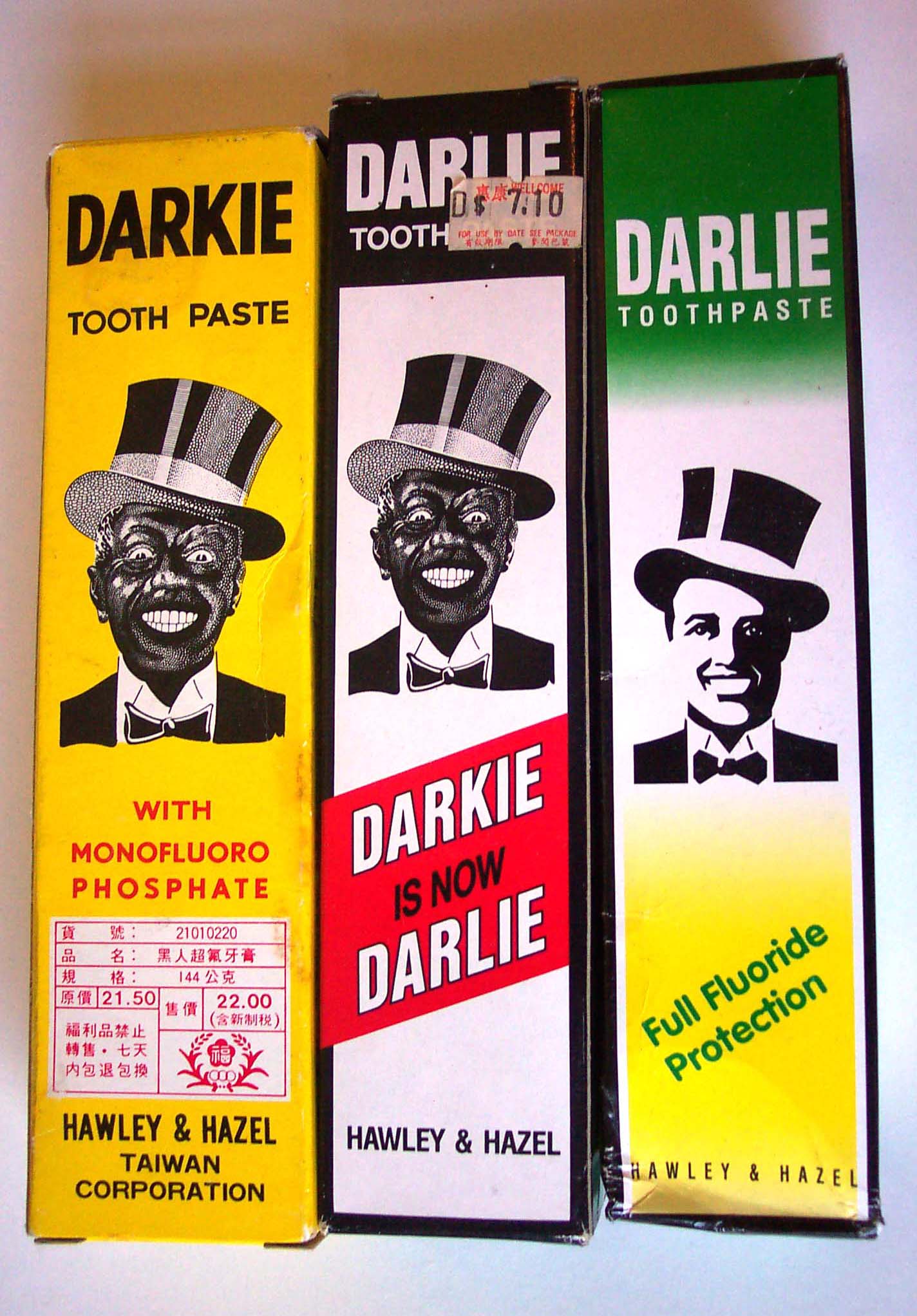 Darlie, the toothpaste with the racist past

China has been selling a toothpaste for years with an offensive and dark-racist past. Between the 1920s and 1950s, Darlie toothpaste was called, “Darkie”.  The latter, a racial slur used commonly used towards Africans and African-Americans.

And still in China, Darlie is referred to as, ‘the black man toothpaste’.  With the symbol of a black man in top hat on its cover.

Now, I don’t pretend that suddenly the symbol or name of Darlie ought to be changed outright.  That’s not possible, but in this article I intend to educate the public on the toothpaste’s dark-racist past.

There was a time in the United States, especially the southern south had many offensive products in the market demeaning African-Americans.  This was openly allowed because of the “Jim Crow Laws” which existed from the 1860s to the 1960s.

There were products, everything from “Sambo” motor oil, to infer that blacks ought to be treated like beast of burden or slaves.

The offensive naming of products didn’t end here, at the beginning of the 20th Century, the United States had products like “Nigg**hair” cigarettes.

It continued with this tradition till the 1950s, naming products with racial slurs and little by little it began to change thanks to people like Rosa Parks and Martin Luther King, Jr.  With the Civil Rights movement conditions became somewhat better for African-Americans.

But offensive naming does continue in a country deeply racist towards people of African ancestry.

You can see in products like, “Uncle Ben’s” rice or “Aunt Jemima” maple syrup.

Americans like Chinese don’t really understand how deeply hurtful some commercials are towards Africans.

In a world which ought to be more broadminded and globalized; deep mistrust, prejudice and hate continue to intoxicate the air towards people of darker skin colors and tones.

If any Chinese, foreigner or American wants to understand further about this dark history.  No problem, I can suggest the 2004 ‘mockumentary’ “C.S.A.”.  This film in a fictional way tries to mock the southern states, the U.S.’s deep racial divide and it tries to say, “What if the southern states had won the Civil War?”

These are problems which continue to affect our nation.  But the issue is deeper when these issues transfer all the way from the U.S. to China.

I’m not asking from people stop buying products with a dark-racist past.  Not for me to judge or say.  However, what I do want from people in China and the U.S. is to stop mocking Africans for their looks and skin tone.  Further, to acknowledge there’s a problem and correct it!

Is this too much to ask?  To treat others with more humanity and stop teaching racism to demean blacks.