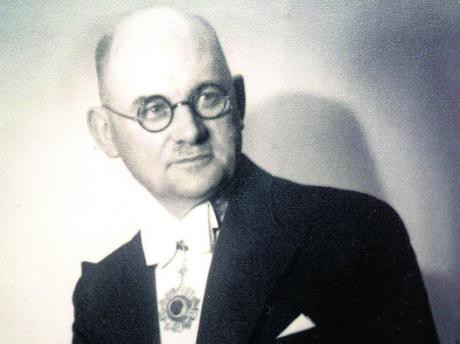 Seventy-nine years ago, in the city of Nanjing, Jiangsu, a little-known man would do something remarkable for humanity.  He was mostly an industrialist and he had done business in China for a little over 30 years.

Known to some who remember him as, “The Good German”.  For those who love history and never want to forget, his name was simply, John Rabe.

John Rabe had come from Hamburg, Germany and like most foreigners who work and live in China had fallen in love with the culture.  He later became a member of the Nazi party while doing business in China.

At that particular time, Germany was developing an alliance with Italy and Japan. These three empires would later become the Axis Powers and engulf our planet into World War II.

By 1931, already Japan had been doing incursions and looking at China for minerals. The resources needed in Japan to develop their imperial war machine.

In December, 1937 the Japanese invaded Nanjing, China.  Among the frantic killing of thousands of Chinese, one thing was certain…  Rabe couldn’t stand by idle and allow this to happen.  So he used his influence in the Nazi party to create an International Safety Zone.

But what happened later was no short of a miracle!  Rabe was able to save a high number of Chinese nationals, figures go as high as 200,000 to 250,000 people.

One has to think, how great is that, inside a city that in those days had a population of half-a-million.

Rabe later returned to Germany and passed away in 1950.

This great man has been virtually forgotten in China and Germany.  There are films and documentaries regarding his incredible life and story.  I wish more shows in Germany and China would show his life’s work.  And alas, it’s okay, my job as a freelance writer is to recall these moments and inform others about the historical events.

Mishna (Jewish book of laws), “A person who saves a life, saves the world entire!”

When we forget what happened, we’re paving the way for history to repeat itself in the future.

I’m not saying, ‘rehash’ the hate of the past among Chinese and Japanese or between Jews and Germans.  This serves no purpose.  But take a moment to mediate, contemplate and not repeat what happened in our world during those cruel years of 1937 – 1945.

War is an inevitable part of life, sadly.  And it was thanks to one single man who made a difference and created what’s still used today in combat areas throughout the world, an International Safety Zone.

Thank you, Mister Rabe.  Now, what will you do to make our world a better/safer place?