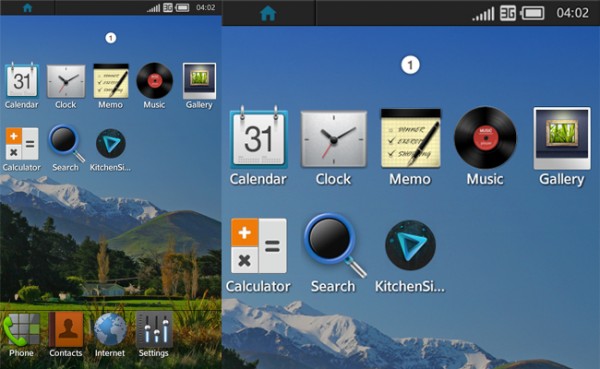 I have been studying the Japanese cell phone industry since 1997. Along several years, Japanese phones were believed to be years ahead in terms of development, when compared to their counterparts everywhere in the world.

I still remember by the time that European GSM phones were sending SMS text messages, Japanese phones already had a feature that could send and receive emails. European phones only got that kind of feature years later.

Nowadays, it seems to me that Japanese phones are not leading the market in terms of technology. The smartphone war got worse last year when even the Japanese domestic market, once controlled by the local makers, started to shift to foreign makers, especially Apple and Samsung.

If you take a look at the Japanese market in before, for several years the competition was among NEC, Panasonic, Sharp and Fujitsu. Nowadays, you see names like Apple, Samsung and LG in that list.

People often ask me how I would save the Japanese mobile industry. I think the main action here would be to focus again on the international market and I have listed the main strategies that I wish companies like Sony, Panasonic and Sharp can adopt.

1 – Think global instead of local

If you look at the smartphone models that Japanese makers release, you will see that they release different models in Japanese and overseas. That is a waster of resources, time and money. The first thing would to do would be to stop this strategy and adopt global models like Samsung and Apple.

Sharp has been making that mistake for years. Sharp always decides to launch low end models here in Hong Kong and they keep wondering why their sales do not go up much. If they do a bit more of research at the Hong Kong market, they would find out that people here even go to stores that do parallel import from Japan to buy high-end Sharp phones. Releasing a global model would definitely bring more profits to Sharp and they really need that money these days.

2 – Target all different classes of customers

Samsung does that. Either if you are a housewife, an expat executive who makes millions a year, or a student with a very limited budget, you will certainly find a Samsung smartphone model for you.

If you think about the trend of last year, you will see that Japanese phones were too thick when compared to its competitors overseas. Recent phones got a little bit better but are still too thick.

Another deficiency of Japanese phones is that their batteries do not last for long. It is already 2013 now but most Japanese makers are still making phones that come with a 1,900MhA battery. I know it is hard to believe but it is true. The battery is a very important factor when users but a phone, so they should put more efforts on that.

Japanese phones have cameras with a very high resolution. Actually the highest in the world. Some makers give you a 11 megapixel camera, and if you look for a high end model you can even get phones that come with a camera that has a 16 megapixel camera! (Sharp Aquos Zeta SH-02E). That is great, but if you look in terms of sales, it is not giving the makers good sales. Maybe is time not to put too much efforts in the camera and start developing other parts.

This is also related to what I wrote on item (1). Do you remember when Facebook first launched in Japan? People were saying that it would never become popular because the Japanese market was so unique in a sense that people were reluctant in using their real names on social networks and that was a requirement by Facebook. The thing is that Facebook hasn’t changed that policy and what people started to do was to start using their real names. Facebook has now become the most used social network in Japan even though specialists were saying otherwise when it launched.

The same thing happened to Samsung. For several years, Korean products and brands had a not so good reputation in Japan. In the past, Samsung was a synonym of a “bad quality” brand. When, the situation has drastically shifted now, and the Galaxy S3 phone is one of the most popular phones in Japan. The key factor here is that Korean makers put efforts in the global market. Once they gained popularity globally, it was relatively easy to change their brand reputation in Japan.

5 – Lead the technology as you used to do

Nowadays, Japanese makers are trying to catch up in the pace of foreign makers. They became followers instead of leaders. Please lead the technology as you used to do.