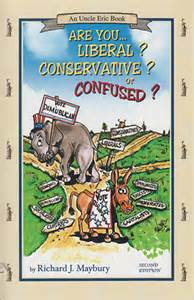 Hey, what can I say!  I’m not perfect and this idea began through a friend of mine, Terrence.  As he taught me that liberal isn’t always liberal.

I was thinking of past events which traumatized my family.  In the process of doing so, I thought of my hippie uncles in the 1960s and later these same white people were ‘trying’ to stylishly sport Afros in the 1970s.  It was the style of the times, as they certainly looked ridiculous!

Then after, it was my uncle Joe, who married a black woman and again, the family was convulsed and thrown into a deep crisis of the spirit.

For him marrying a person a couple of shades darker!

And after this, two of my cousins coming out gay in the 1990s.  You know, ‘those people’ you don’t talk about during family dinners.  You only whisper their names ever so often in gossip and shame.

Even myself, with all my liberalism.  I still fine myself making sometimes prejudicial, homophobic or macho comments.  But one thing’s for sure, I’m always trying to improve from being that past idiot.

That’s not the problem.  The problem is, my family and I always considered ourselves to be fundamentally liberal.

You know, those people who accepted everybody into their home to sit at their table.

We thumped proudly our chest, saying to the world, “We’re open minded liberals!  We accept everybody,” and it was all an excuse for our deep-seeded hypocrisy!

Hell, we even had parties to try and prove a point.  And we’d invite everybody: blacks, whites, Jews, Puerto Ricans, Irish, Italians and heck, the occasional-shy Chinese.

We’d even celebrate Sabbath with the ‘locals’ back in Williamsburg, Brooklyn, New York.  Thinking to ourselves, religion isn’t a problem!  Myself with other family members visited everything from the Catholic Church to the Buddhist Temple; to make all our friends feel accepted and welcome into the neighborhood.

But this wasn’t the problem neither.

It was that for all our liberalism, we still held-deep prejudices.

I mean, later the family came around and accepted uncle Joe’s wife.

The same happened with my cousins, but this took time–to be honest.

There were times we’d point at our neighbors, decent-honest Italian people by the way…

As my grandparents would come at me with their sh**ty prejudices, every time I hung out with my friend, Eric, “Be careful with those Italians, some of them are in the mafia!”

Presently, I have a beautiful-Chinese spouse and I consider myself to have evolved from the bigoted-child I was back in Brooklyn.

What worries me is when Chinese friends are trying to sport their new-found brand of liberalism.

Some of them tell me, “I hold no prejudices against Americans!” while others tell me, “I’m not against gays!”