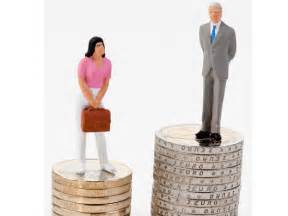 Ladies, arguing about petty-feminist issues will not win the major battles

Several weeks ago, I was taken aback as I read the news of a soap opera being filmed in China and soon coming out for release.  Well, what’s so special about ‘another’ soap on television?

It’s the fact that in this particular one, the series has two well established actors.  But what nearly made me fall on my backside was the discrepancy in pay.  The first, a veteran-male actor is earning a total of 50 million yuan (in US dollars, that’s around $7,352,941).  Yes, this actor is earning over a seven figure income.  While the actress is earning five million yuan (in USD it’s $735,294).  All for the same amount of effort and work.  Shocking to say the least!

For all who don’t understand, the female actress is getting 10 times less than the male. If you’re listening correctly.

Yes, he gets paid possibly more for being the center of attraction for all the women watching the series.  But what about the women who for years have to work their butts off on T.V. or movies and get paid far less.

You see, already women earn around the world 30 percent less than men.  Now, with this story which just surfaced on the internet, one would think that especially professional women would literally be ‘up and arms’ across the board.  Instead, yes, the news broke out, but nothing was really heard after that, not even a ‘bleep on the radar’.

Here I’m trying to say, ladies wake up!  Stop getting angry over petty issues: as for males calling you bossy, telling you to smile or to look pretty.  Yes, certain things would irk anybody when they’re getting discriminated against.  And all of you must understand, we live in the real world.

However, you have bigger problems under your noses, as differences in wages and I see women constantly and sadly so, taking a beating at it and not doing nothing. Ladies you have to write at least letters of indignation; to have your voices heard.

Because as a male, I can do my best to try and walk in your path; but I’ll never feel your pain or what you’re going through.  All I can do is share my empathy.

But one thing is clear, when it has been done in the past to my spouse, mother, aunts and cousins–it has angered me to the core.

I’ve been reading lately a bunch of stuff which women are getting angry over and honestly they shouldn’t, you’re all facing worse–unjust issues worldwide.  From abuse, to problems of rape in our respective societies and the one constantly circulating in the news, discriminatory wages.  These are not only issues circulating around China, but around the globe: from places in Bollywood, Pinewood Studios (U.K.) and Hollywood itself.

Therefore, ladies stop arguing over the scraps and focus on the problems which are really hurting you in daily life and setting the feminist cause back.  And then, possibly you’ll have a shot at equality for what really matters in our world, instead of having one at those silly issues which simply help no one.