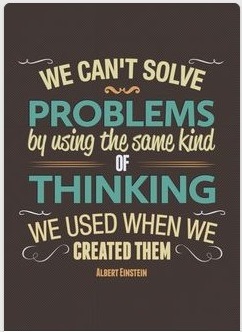 There is racism in America, but certain issues the black community have only themselves to blame

African-Americans are a community of great achievers, yes, indeed.  They are the soul of America.  It is true, from the sciences to music, they are the best of the best. Martin Luther King, Jr. proved that all too well to Maya Angelou.

However, when it comes to victimizing themselves, this community can also be the worse.  Hollywood and t.v. shows have a lot to blame in part for this problem.  There is a sentence I often here when watching a movie or series, “I’m black and there is a target on my back!” This maybe true in some instances, but not in all circumstances about life.  The statement alone infuriates me!  They are not the only community to have suffered, but they are uniquely gifted in achieving greatness with rhythm and also sell destructing with a passion.

One of the biggest problems which baffles African-Americans is their lack of unity. Excuse me if I offend, but I’m only stating as I see it!  What the NAACP has achieved, groups like the Nation of Islam or Black Lives Matter–demonstrate that there is hope here.  And at the same time, calling themselves brothers and sisters, and doing nothing more to help each other, it is not indicative of what a group of people should be like.  Certainly, there is discriminatory problems towards blacks.  There isn’t any doubt on that matter or in my mind.  Statistics indicate that out of 10 people stopped by the police for offenses, eight are black.

But they are also the highest community of single parents in the country.  In other words, babies being raised by their mothers or grandmothers without the presence of a father.  These estimates go as high as 70%.  There is no properly planned parenthood.  This community who has lived on the fringes of poverty is also self-sentencing themselves, when a young-girl gets pregnant and has a baby out of wedlock or without finishing high school. This happens with other backgrounds across the nation.  However, it’s even higher with this particular community; in unison with the problems of incarceration.

Most often, African-Americans themselves don’t want to hear these problems.  Just complain about how tough they have it, and in truth they do.  And it’s often just a matter of doing what other people have to experience–continuous rejection and bounce back to prove who they are. In spite of racism…  We can blame all for our problems: but it’s up to us to lead the way in finding an open door/back door to enter, shine with every minimal opportunity and with a can do attitude to succeed.  Blaming others or having a ‘poor me’ mentality will not help on what’s holding black people back.

What can happen is, you meet a black person, and as soon as you sit to talk about the issues affecting their community, how does this African-American person react? Most will show a preponderance to get angry, fight back, call the person a ‘racist’ — acting out in an arrogant manner.  When the other is just stating the facts.  If people can’t sit down to hear the truth, how will they become a better people or fix the problem.  Education is key and being open minded.

All I can hear is the blame game, “How white society treats us!” This in part is also true, but sorry folks, not all of us are prejudiced or racist.  Some of us really want to genuinely help improve relations and help a society to thrive in the greatest way possible.  However, when blacks don’t want to listen in good conversation and few will only want to try, there’s nothing else for us to say or do.

What has also destroyed the fabric of the African-American community are the crimes ‘black on black’.  Sometimes these murders are over petty beefs-arguments and infighting over turf.  For a person from the outside looking in, will just shake their heads in disbelief.

This community has to acknowledge first that there is a problem and start tackling it.

For one, to accept that there are racist-stupid people out there.  Prove by behaving positively and being the best.  Getting angry and punching somebody out isn’t the solution.  It proves nothing and just worsens the issue.  I’m not calling for pacifism. I am calling attention on people to walk away from further conflict, violence and death.

Another issue or word that is controversially inferior and hurts every African-American even more is the ‘N-word’.  When it is used against a black person and when black people use it among themselves.  I hate the word and it’s a lowly word.  You don’t see communities of Jews calling themselves the ‘K or Y word’ to refer to their own or the Hispanic groups calling out the ‘S-word’ in reference to one another.  Then, why must African-Americans continuously use it?

If a person self-hates themselves, there is nothing others can do.  But the biggest issues in the African-American communities across the country have to be fixed from within: better education, mental health, stop the violence from inside and dealing with single-parenthood.  I mean, there are great people doing awesome work in neighborhoods; and what I’m trying to say here is, there has to be more positive input from blacks as a whole. With factionalism there is no unity, plain and simple.